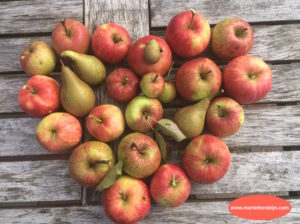 From a distance, we all look more or less the same. Chinese people live in China, green trees grow in green woods, and grass is just grass. A desert comprises simply sand, and that’s pretty much just how it is. People with Parkinson’s have Parkinson’s, and there are millions of them.

They all have insufficient dopamine, and they all curse the fact. And they all get to the point where their parkinson’s shows. They’re all searching for a cure, and all sometimes doubt whether that cure will ever materialise. But they are all still hoping. So, I’m exactly like all those millions of other people with Parkinson’s. From a distance, that is.

In my case though, things unfolded slightly differently compared to another person with Parkinson’s that I know. Different, too, from that well-known American with Parkinson’s. Although, admittedly, he was much younger at dx, a man and famous to boot. He also copes with it differently. And has a different job and different children too.

I occasionally see people with Parkinson’s, people I don’t know at all. I wonder: would I also be like that, now, presently or ever?

Sometimes my neurologist tells me about people with Parkinson’s, people who are relatively stable, like me.

And I often see people with Parkinson’s, people I’ve since got to know quite well:

She still dances and dissolves into fits of giggles.

He is serious, yet mischievous with it, great muscles, great humor.

He is a grandad, taught his grandchildren to ride a bike.

He is the eldest, and a former friend of my father.

She has a fondness for gold, glitter and gags.

He invariably sports slicked-back hair, and adores his family.

She plays badminton, and dotes on her grown-up granddaughters.

She is a scientist, with a veracious memory.

He is tall, and helps keep our storms at bay.

He doles out commands, with humour and concern.

He’s and she’s with Parkinson’s