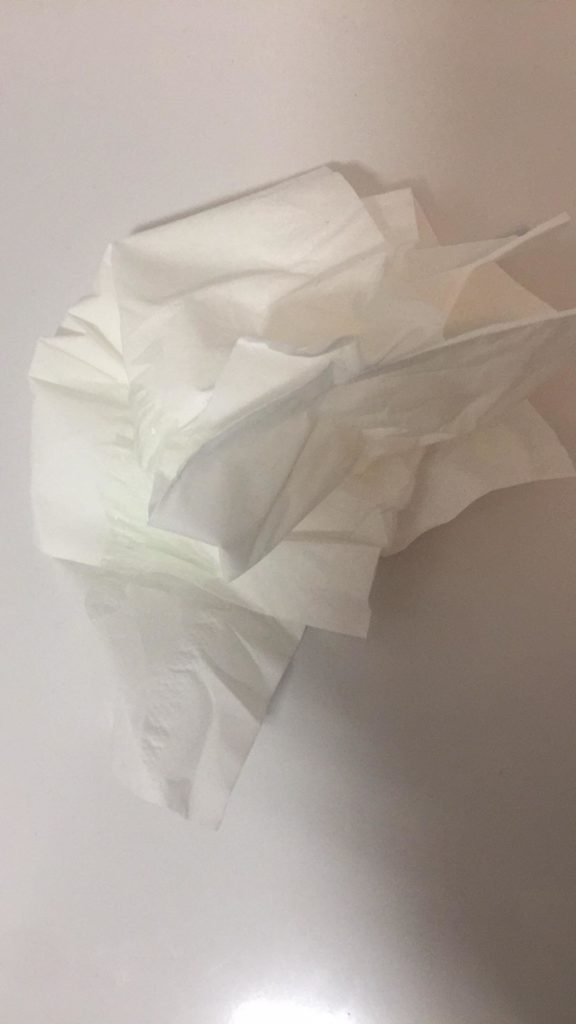 Now, now! Tut, tut. Get a grip. I suspect you might be suffering from a touch of parkinsonneritis. Yes, you do. Not that it matters, but I hope you realise we all feel a little under the weather from time to time. I’m a complete wreck at times, yet I still manage to soldier on. Why don’t you take a nice, brisk walk? Will do you the world of good, all that fresh air. That’s what they tell people with depression and it helps them no end. Now, come on – a little rain never hurt anyone. Come on. Up and at ‘em!

Yeah but my leg is playing up something terrible. My hand isn’t so good either. And, I just feel sooo exhausted all the time …I think I’d better have a lie down.

And, and, and – no-one understands. Worse still, those who do, start dishing out advice. Adviceritis, brrr. That’s what they’ve got. Not easy to recover from adviceritis, I can tell you. I try to avoid them, support groups, don’t want to end up with adviceritis.
But anyway, parkinsonneritis is highly contagious. You can catch it at the drop of a hat. Even if you’re totally healthy.

How to recognise the symptoms of Parkinsonneritis

Changes in speech:
Someone infected with parkinsonneritis typically employs a ‘woe is me’, tragic tone of voice. They tend to talk more too, otherwise no-one would be aware just how awful their condition really was. And, then where would we be? No point in having parkinsonneritis when nobody knows.

Changes in appetite
A parkinsonneritis patient will barely touch a thing at the dinner table. Ah and don’t be surprised to hear: I think I need something savoury – oh yes just what I need: salt n vinegar crisps.

Changes in gait
Parkinsonneritis patients commonly drag their heels in an exaggerated fashion. It’s often referred to as the ‘wallowing in it’ gait.

Changes in breathing patterns
People suffering from Parkinsonneritis tend to sigh theatrically whenever anyone is in sight. As soon as they’re alone, they flop down contentedly on the sofa with that bag of salt n vinegar.

Changes in mood
A parkinsonneritis sufferer might ooze a fantastic depression, but things aren’t usually that bad, for all you know they’re at the same time casually pondering whether Rome is worth a visit next (while they still can). Happily tapping away at skyscanner and similar just to check costs and things.

I occasionally come down with an acute case of parkinsonneritis myself. If I don’t have any tangible symptoms, then I simply invent some of my own. Ooh and the best thing about my parkinsonneritis, is that I’ve completely accepted it. Never doubted it for a second. In fact, I almost revel in it.

“Right. Mrs. Robijn. Got everything off your chest? “

“Oh yes. Sorry doctor. I do tend to get a bit carried away with my parkinsonneritis.”

“Any other complaints, jolly patient of mine?”

“Good, you look perfectly fine to me. See you next time!”
Shame. Because I was really starting to embrace my parkinsonneritis. Yet, apparently, doc thinks I can just go to work as normal. Tsss.

Einstein, it took parkinson’s to understand you